After my pilgrimage to Glastonbury the subject of Labyrinth has become part of my work. Labyrinths appeal to me for their meditative effect. This I experienced when walking my Lundy labyrinth. I wanted to create something that would give the same meditative effect without the need to find a labyrinth. After some research I found the concept of finger labyrinths. Could I create one of these that would allow people to benefit from the idea of a labyrinth experience?

After a glass workshop I decided to create some labyrinth coasters. My concept was that someone could make a healthy cup of Pukka tea and then sit and finger trace the labyrinth on the coaster. spending a few mindful moments tracing the labyrinth as a form of meditation.

I used the Digital Print Bureau at PCA to create some vinyl cuts. The vinyl created a perfect labyrinth, exposing the required area I sandblasted the glass and then rounded off the edges with a sander. 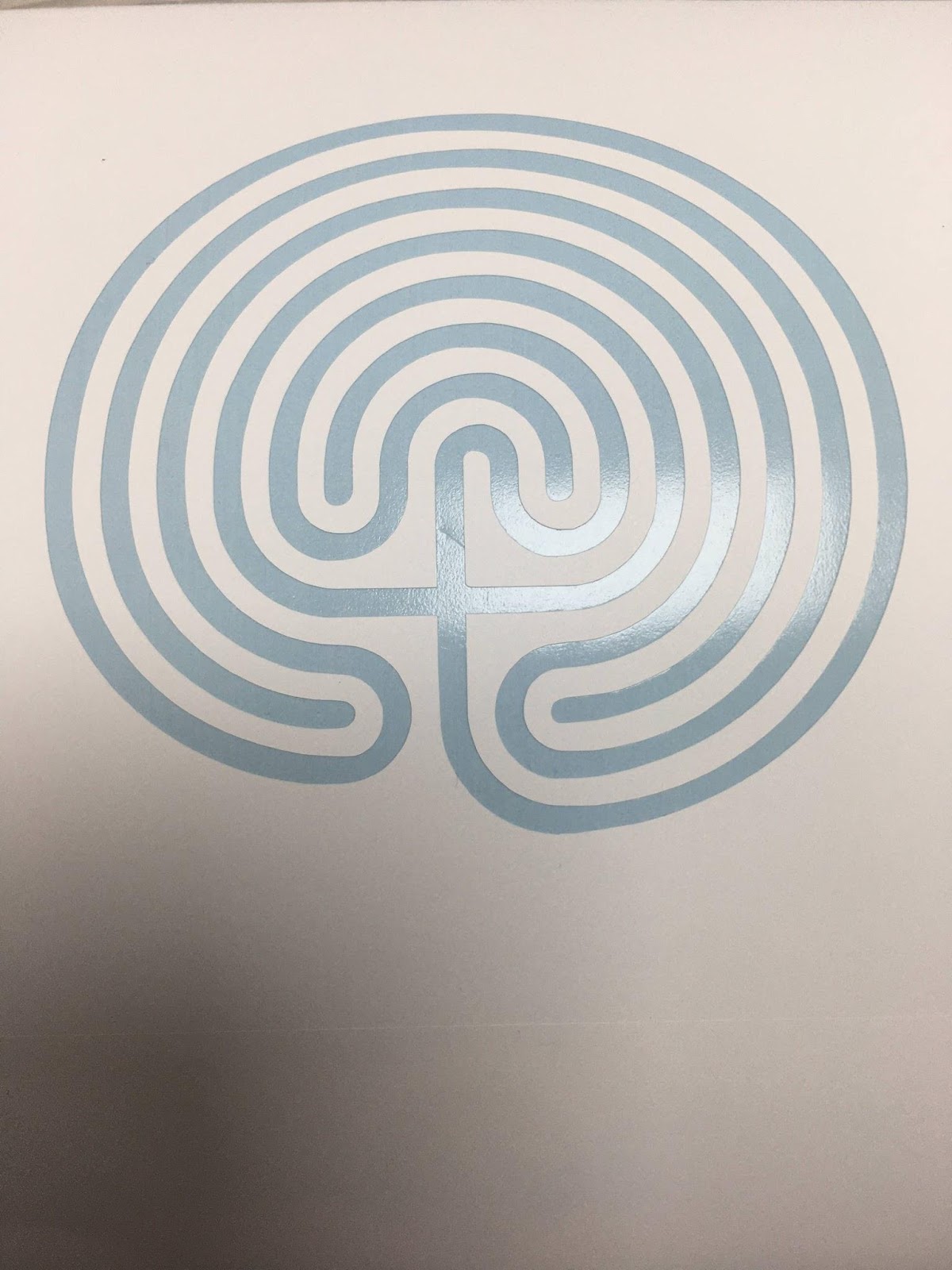 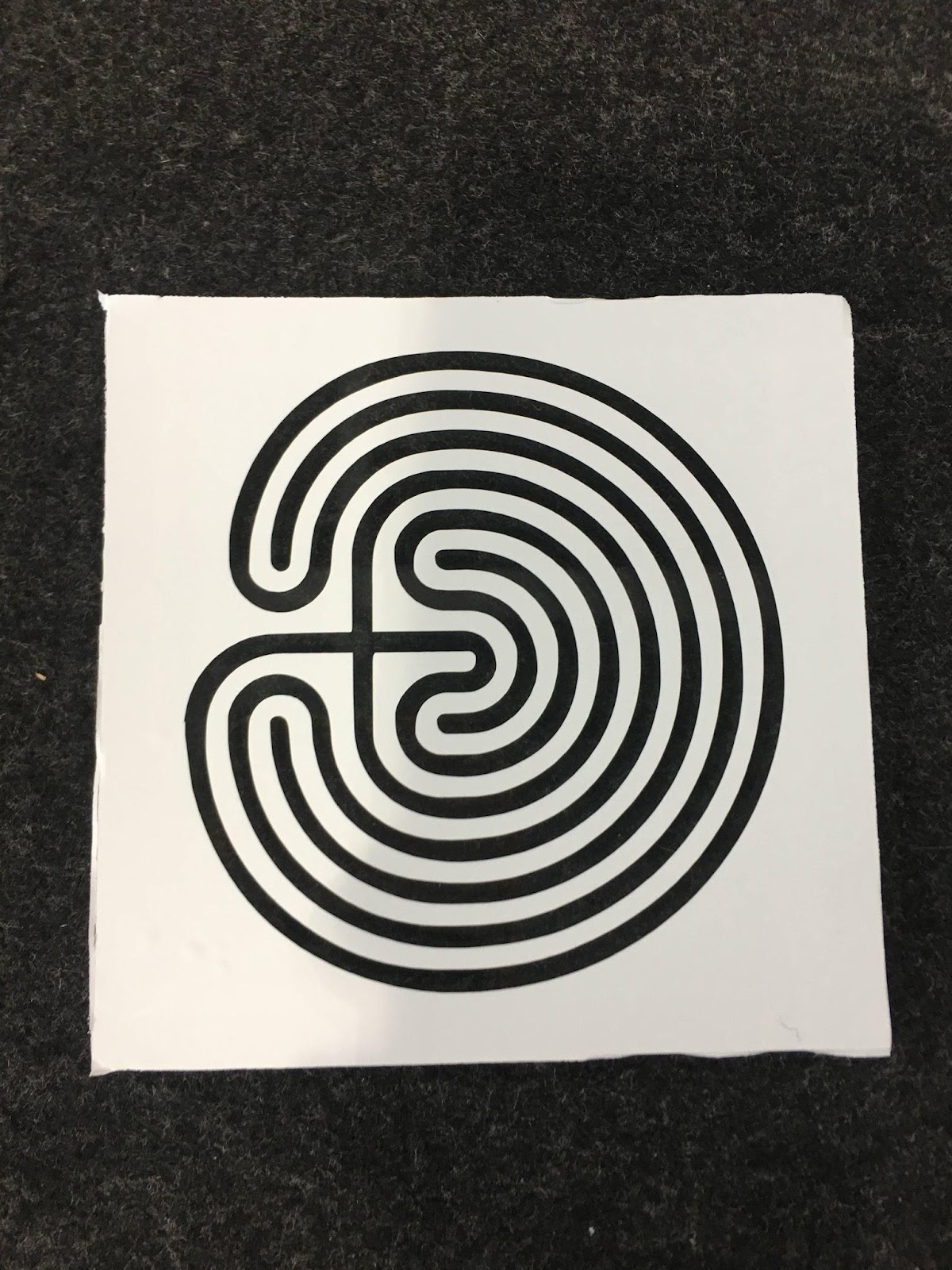 I connected with a labyrinth facebook group and put them out there and received some really positive comments about the commercialism I asked the group how I  might incorporate different designs (4 for a set)  and received feedback on other types of labyrinths I could use. 4 were suggested, they also suggested I look at packaging and that they would sell these on my behalf. I would need to investigate costs and pricing. I also found that after a workshop in the fablab that I could cut these onto lino and then print from them.